VITO and 8 Flemish entrepreneurs established a co-creation programme. In one project they looked into the conversion of harvest waste into animal feeds. A second project dealt with the local mobilisation of residual streams in a short value chain. In both projects  the use of VITO’s expertise and infrastructure was combined with the knowhow of the participating SME’s.

The participating entrepreneurs wanted to look into the possibilities of microbial fermentation. The challenge was to find out how the fermentation process would alter the composition, and if this would enhance the nutritional qualities. The coordinator of the project, Linsey Garcia-Gonzalez, a researcher for VITO, studied the changes of 3 fermented waste streams, namely from red onions, pears and sprouts. This research showed only a limited microbial conversion after fermentation. However,  specific bioactieve compounds which have known nutricious effects were formed. A possible next step can be to focus on the compositional change of complex fermented harvest waste streams and the optimization of the fermentation process itself. 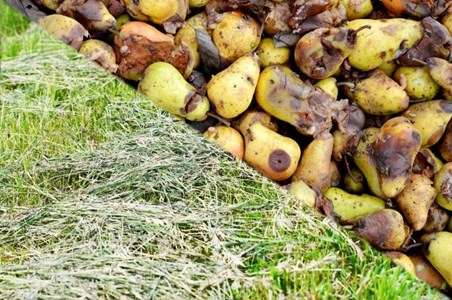