Almost every recipe says to pick the leaves and tender stems from a bunch of herbs and throw away the rest as compost.  But according to Alex Delany of "Bon Appétit" these remaining stems are packed with flavor and shouldn't go to waste.

The stems of soft herbs—think parsley, dill, cilantro, and basil—taste just like the leaves (which is not the case with tougher, woodier herbs like rosemary and oregano). The flavor isn't quite as bright and pronounced, but it’s very much there. The reason they get cast aside so often is because they tend to be a bit more fibrous than the tender, leafy parts, which means that they're not great for sprinkling and garnishing.

But if you show them the love they deserve, the payoff can be huge. You paid for the whole bunch, right? You might as well get your money's worth. 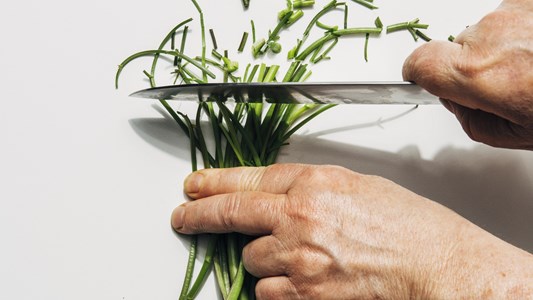