In Germany, a start-up called “CheWOW ” developed a hamburger using Buffalo worms (Alphitobius diaperinus) produced by the Dutch company Protifarm. The start-up was founded in February 2019, and already by April, their burgers were launched and available throughout the German supermarkets Kaufland and Globus. The creators, Marlo and Federico, want to offer people alternative sources for protein, as the world population keeps growing and resources are constraint.

The insects produced at Protifarm are reared on residual streams like wheat middlings, nutritious leftovers from flour production that aren’t suitable for use in food. Using such residual streams makes it possible to produce high quality nutrition with a lower footprint compared to using direct feeds like wheat, soy, and corn which are commonly used for livestock like cows and pigs.

These insects are not only protein bombs but are also rich in unsaturated fatty acids, which are important in healthy diets. 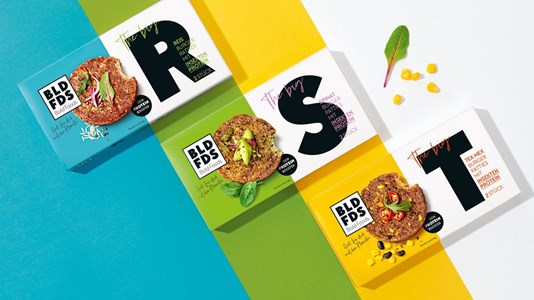