Feedback believes there is an alternative for the current linear and wasteful food system. Their vision for the food system is of a circular food system, one which gobbles fewer resources to produce food, and loses far less food in the form of waste.

In fact, a defining principle of our circular food system is that food previously seen as ‘waste’ actually has value, and can be used as a resource. Ideally this surplus food should be used for the purpose it was originally intended: usually this means that if food is still fit for human consumption, it should feed people. If not, it should be repurposed to feed livestock and fish, and finally, fed to soils through compost and manure. All three levels of the food system – humans, animals and soils – need to be fed and replenished to create a sustainable future.

As what was formerly seen as ‘waste’ is reused, less waste pollution through landfill disposal is created, and less resources are needed to produce food in the first place (because we are using almost all of it, instead of throwing it away, we don’t need to produce as much). Overproduction and relentless growth are reined in – this means land is no longer under unnecessary cultivation, enabling the natural environment to flourish and our planet to regenerate. 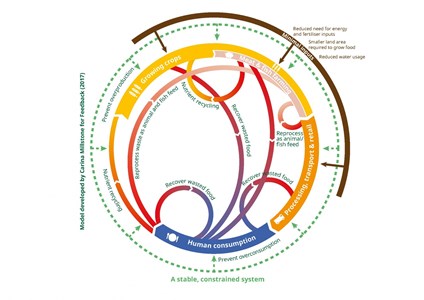 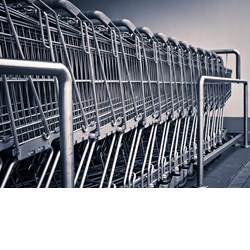 Feedback ranked the UK’s top ten supermarkets based on publicly available information on their work to reduce food waste. The ranking assessed the supermarkets against the food use hierarchy which requires that prevention be the priority towards tackling waste.