ILVO investigated the valorisation potential of cooking water (by-product), also called aquafaba, from the processing of chickpeas and soy beans. For this ILVO partnered with a Flemish company that produces biological meat substitutes, which generates large amounts of cooking water by-products during the cooking processes.
The cooking water contains saponins, which are bio-active compounds that give a 'whipping' effect to the cooking water.
The whipped up cooking water was used to replace egg white to make vegan chocolate mousse, a vegan cheese preparation and vegan butter.

ILVO investigated how cooking water by-products from the processing of chickpeas and soy beans could be introduced on the market. Valorisation of the cooking water was inspired by the ‘aquafaba’ recipes abundantly found on the internet, in which chickpea cooking water or residual fluids from chickpea food cans can be used as an egg white replacement for vegans. 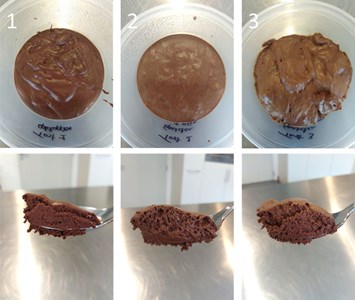 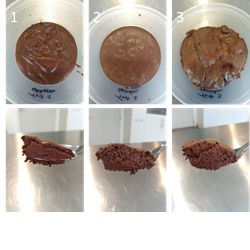 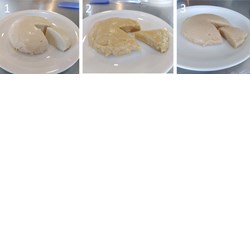 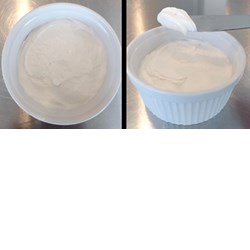